skip to main | skip to sidebar

took a stick to the face in my hockey game the other day. a few stitches and a nasty black eye. 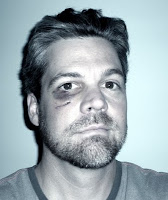 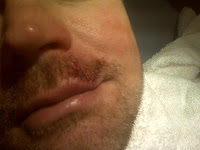 emma's soccer team finished second in the first soccer tournament of the season. they beat the #9 team in the state and lost in the finals 3-0 to the #4 ranked team in georgia. her team is newly formed and is currently ranked #15 in the state but that should change based on their recent play. oh yeah, emma had a hat trick in the third game!

keeping the relatives apprised on a somewhat regular basis.